Alerts, Club News, and Other Notes 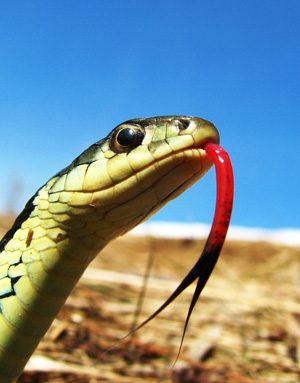 The Ontario government has released a wetland conservation strategy that is quite wide ranging. You can read about it here. You can access the Environmental Registry here.

At the bottom of this webpage you will find information on public feedback.

Bird Studies Canada has just released a report on the health of the wetlands in the Lake Simcoe watershed. You can access it HERE.
The Dewdney Mountain Mega Quarry will have a major impact on parts of our community. To read more about this and the help the Kawartha Field Naturalists have given to fight this battle click here.

UPDATE: PROPOSED QUARRY HAS BEEN STOPPED
The Dewdney Mountain farm has lost its bid to open a quarry. Read about it here.

LET’S END THE HUNTING OF SNAPPING TURTLES IN ONTARIO. We are calling on the provincial government to ban the hunting of Ontario’s snapping turtles. Please add your voice and let decision makers know that our turtle populations are at risk of disappearing from Ontario. Threatened by habitat loss, road mortality and water pollution, snapping turtles are already in decline. They are on both federal and provincial endangered species lists. Even so, Ontario permits the legal hunting of up to two snapping turtles a day.

Ontario is one of only two provinces that still has a snapping turtle hunt and we want that to change. Help us convince the government of Ontario to ban the snapping turtle hunt by submitting comments to MNRF’s proposed regulatory ammendments for small game (EBR Registry Number 012-9170) by January 30, 2017. Ontario Nature will also submit comments and we invite all of our Nature Network groups to sign onto our submission. We will circulate our draft comments on Monday January 23, 2017.

UPDATE: IN THE SPRING OF 2017 IT BECAME ILLEGAL TO HUNT SNAPPING TURTLES IN ONTARIO. Read about the snapping turtle here.

ANOTHER INVASIVE PLANT IN ONTARIO. Read about the chilling account of Kudzu vine.
There is a good field guide from the Ministry of Natural Resources available online detailing invading aquatic species – plants, animals and algae. One way it can be accessed is from the site INVADING SPECIES.
WATER SOLDIER INVASION. Our waterways are being further congested by another invasive species, Water Soldier. You do not want to swim in its presence! It looks very similar to an Aloe vera plant or the top of a Pineapple. Watch for it and pull it out! For current information about this species, click here.
CLUB NEWS:
None as of the moment.
OTHER NOTES:
Can fungi be the answer to some of the problems confronting the Earth? Have a good look at this video.
Interested in growing a native garden? This can be found in the “Nature News” link or click here.
Do you know your frog calls? To check out Ontario frog species and their calls click here. (You may need to download Real Player which can be done easily from that site.)