In 2010, when the last student from the original Project Feeder Watch Club had graduated from Langton Public School, I began working with a grade 1 class with the hope that I could follow this group through to their graduation in 6 years. I went to the school every Wednesday for 3 months and spent most of my time helping the classroom teacher meet her curriculum needs. I found it very rewarding but very time consuming with little use made of my natural science and outdoor education skills. I did not return in 2011. We made only 1 trip outdoors. This is the reality within the current curriculum. The teachers must spend most of their time teaching the basics of reading, writing and mathematics leaving just a few hours a week to teach the mandated science curriculum. It could work but I decided t spend my time elsewhere.

In 2010 and 2011 I maintained my relationship with one particular student from the Project Feeder Watch lunch hour club. In 2010 I helped him apply to the Doug Tarry Young Ornithologists Camp run by Bird Studies Canada and open to any young birder between 13 and 17 in Canada with only 6 accepted. He was not accepted but he is still young and in the process of applying he joined the Kawartha Field Naturalists Club, helped with the Christmas Bird Count, conducted Grassland bird Surveys and visited the Owl Foundation. In 2011 he re-applied to the Young Ornithologists Workshop and was again denied but he is still only 14 and is determined to re-apply next year. I value this relationship and because of this feel that all my time invested volunteering at Langton Public School has been worth it.

The student mentioned in the 2011 update above is presently enrolled in the Wildlife course at Fleming College and is helping with our Christmas Bird Count.

For a detailed description of Education Outreach in 2015 please read an article in the Heron’s Watch KFN newsletter #81 Summer 2015 — Issued September 2015, pages 15 to 18, found on the website here.

The article outlines collaborations with the Kirkfield Rangers (a Ministry of Natural Resources youth Programme) and the Natural Heritage Education staff at Balsam Lake Provincial Park. These young citizen scientists helped us in our first KFN butterfly count. Also find an account of a pond studies lesson with students from Queen Victoria Public School and a citizen science project involving Salamander boards at the Altberg.

On Earth Day, April 22, KFN members travelled to Camp Wanakita in Haliburton to deliver a birding programme to an Eco Summit of 50 student leaders from the local Trillium Lakelands School Board. Our club binoculars were well used.

This first year of this partnership was very encouraging. The birding programme was well attended and well received and, although the attendance at the children’s programmes was less than anticipated, the reviews from parents and children were very positive.

Due to declining attendance our club discontinued the Lindsay Parks and Recreation programmes in 2011. We feel this had much to do with poor continuity in Parks and Recreation staffing and a change in the distribution method of the printed programmes (Ie. no longer distributed to school children, only available in libraries and other community venues).

Judy Kennedy has already worked with the Boys and Girls Club by taking a busload of parents and children to the Carden nature festival.

An important part of our mandate as Kawartha Field Naturalists is to educate. We are very much involved in education – our guest speakers, our field trips and our projects all expand knowledge and stimulate ideas within our membership. Education Outreach is slightly different in that the ideas and projects are designed to reach out beyond our membership with the hope that an appreciation of the natural world by the general public might translate into better stewardship of the habitats and wildlife that are so central to the existence of our club. Increased membership, with the attendant energy, knowledge and renewed vision that new people bring, is a benefit to be expected from Education Outreach. 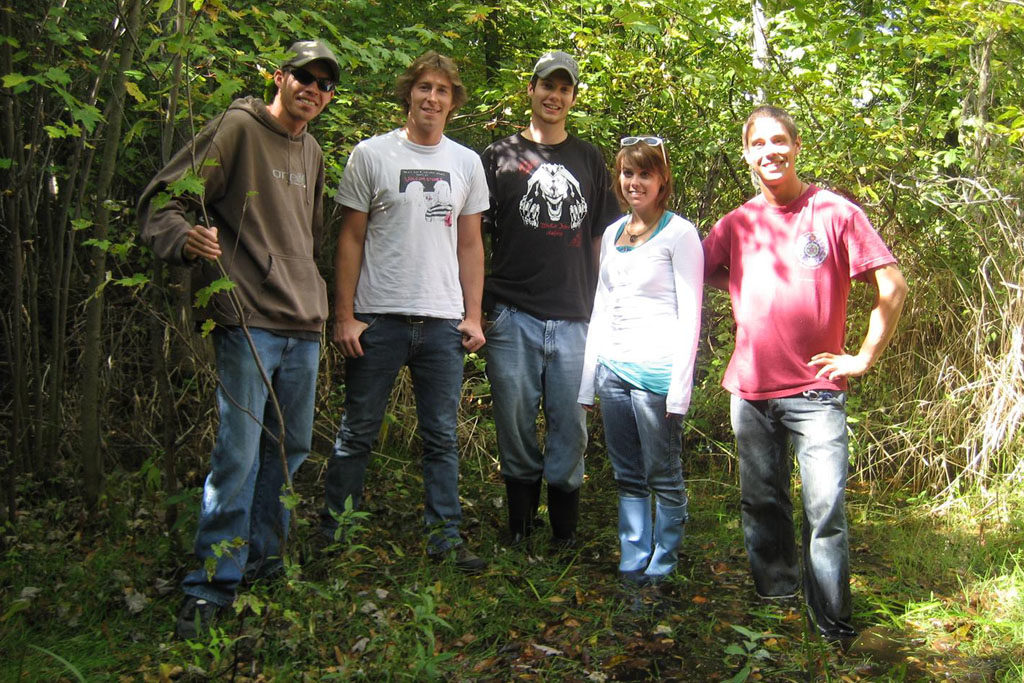 Education Outreach is not a new idea in our club. Jim Saigeon, Tim Brophy, Leslie Dyment and Vic Orr among others, have all worked with Balsam Lake Provincial Park, local schools and other organizations to interest children in the world of birds, bugs and plants. Vic Orr once spoke about loons at the Amish School when a loon was found struggling in one of their farm ponds. For years our club has awarded a prize to a local high school student for good work in the area of environmental studies. Jim has arranged this and has presented the cash prize on our behalf. When Langton Public School in Fenelon Falls was being planned, our club served on an advisory board and was able to ensure that land surrounding the present school would be left in a natural state so that natural science opportunities and field trips might better reflect our values. Our club helped coordinate plantings of shrubs and trees near the school and we have the original landscape maps in our archives.

In 2006, our club, with cash from the Victoria Land and Water Stewardship Council and donations of equipment from Bushnell Outdoor Products, acquired enough binoculars, pond nets and bug jars to allow us to conduct pond studies and bird lessons with classes of 30 children. A lunch hour Project Feederwatch club at Langton School was very successful. The children identified birds and recorded data on the numbers of birds, snow cover and temperature. Then, using the library computer, they entered this data on line at the Bird Studies Canada web site and were able to see an analysis of general trends in bird activity on a local, provincial, and continent wide basis. They also giggled quite a bit. We made 4 field trips outside of school hours. With parent cooperation and assistance we went on owl viewing excursions to see wild Snowy Owls and Northern Hawk Owls; we viewed Saw-whet Owl banding at the Trent University banding centre in Buckhorn; we went on an evening spring birding trip and arranged for these student naturalists to assist in the Lindsay Parks and Recreation programmes.

Judy Kennedy had an idea to connect our club to the Lindsay Parks and Recreation Programme and this past spring a Beginning Birders course and a Plant Identification workshop have been very successful and plans are in place to expand this aspect of our programme.