Located at 4164 Monck Road, and the largest nature reserve in the Federation nature reserve system, the Altberg Wildlife Sanctuary Nature Reserve (AWSNR) encompasses 470 hectares (1163 acres) of central Ontario woodland and wetland. The reserve straddles the contact between the granitic rocks of the Canadian Shield and the limestone of the Great Lakes – St. Lawrence forest.

The property exhibits a great diversity of community types due to its topographic variability, as well as its position on the edge of two major geologic formations. The granitic Shield areas have rolling topography, punctuated by pockets of open marsh, beaver meadow and cedar and alder swamp. These wetland areas are fed by Corben Creek, which runs through the southeastern areas of the reserve. In the north and western limestone sections, the level topography is blanketed with sugar maple and ironwood, with areas of old field regeneration and pine plantation. The northern areas of the reserve were once a refuge for Rudolf Altberg, the former landowner of the northern section of the Altberg Wildlife Sanctuary Nature Reserve. On the side of a granite boulder overlooking the pond is a beautifully engraved metal plaque in commemoration of Mr. Altberg’s generous donation of the 101 hectare northern portion of the property to the Federation in 1983.

In an area of Ontario where interior forest is uncommon, the Altberg Wildlife Sanctuary Nature Reserve provides habitat for numerous species that depend on large tracts of contiguous natural cover. Red-shouldered hawks are frequently seen on the property and have been known to nest in the reserve.

In the summer, the forest and forest edges reverberate with the songs of breeding birds such as the hermit thrush, veery, least flycatcher, ovenbird, and a wealth of other warblers: black-and-white, yellow-rumped, black-throated green, black-throated blue, and chestnut sided warbler.

Moccasin flower, showy lady’s slipper and northern beech fern are among the many interesting plants.

We, the Kawartha Field Naturalists (KFN), are the stewards of the reserve. Having set up salamander monitoring stations and four forest bird monitoring plots on the site in conjunction with Ontario Nature, we are currently involved in inventorying the property. In 2010 a mycological study of the reserve was undertaken thanks to the expertise of Pat Burchell of the Toronto Mycological Society.

A list of the species identified to date can be found here. As well, Pat has provided a pictoral inventory. To see this inventory, click here to see our gallery called “Altberg Fungi (All Photos by Pat Burchell)”. As well we are currently involved in making and signing trails so that this incredible ecosystem is available to all. 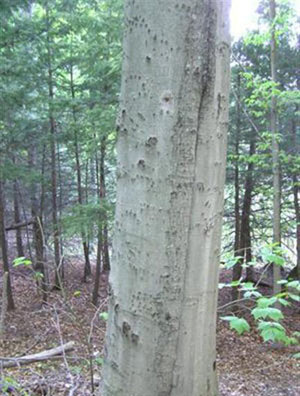 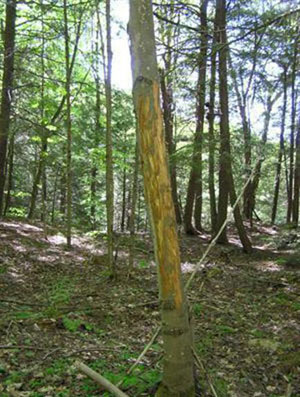 In the spring of 2010 a group of students from Fleming College in Lindsay worked on a project in the Altberg in conjunction with Ontario Nature. Part of that project involved the production of an interactive map that has been included on this website. This flash presentation was put together by Nicole Benishek. Click here to access it. Instructions on how to use it are provided on the map. Excellent work group.

In August of 2006, vicious storms swept across many parts of central Ontario. The Altberg was not spared as large swaths of trees succumbed to the ferocious winds. Of course the resulting blowdowns have provided opportunities within the forest community and we are monitoring the regeneration process.

To see the results of this storm, check out our gallery called Altberg Blowdowns.

To follow the regeneration process, see the Altberg Regeneration section in our gallery.

To download the map, position the mouse over the map. Right-click mouse and choose ‘Save Picture As’ or ‘Save Image As’ 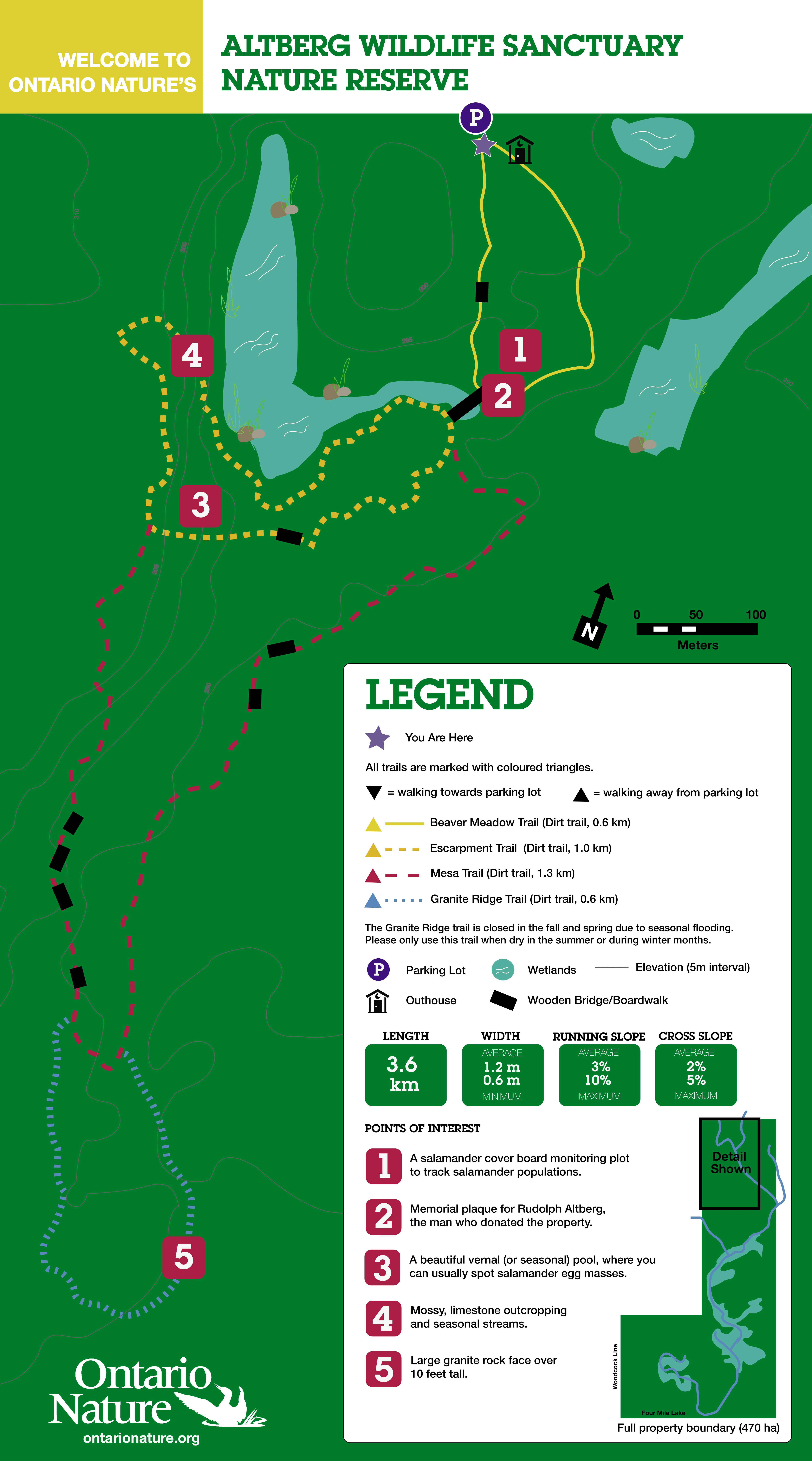 Rudolf Altberg was a local philanthropist and a great lover of the natural world. Apparently he visited his private nature reserve quite regularly. He even had steps and a metal rail, which are still present leading into the pond apparently so he could help the beavers repair their dams. Near this pond were found around ten 45 gallon drums, one filled with sunflower seeds, one empty, and the others were filled with gasoline and stove oil. It seems that he was ready for anything.

His gift to Ontario Nature will ensure the citizens will have this unique ecosystem protected forever. 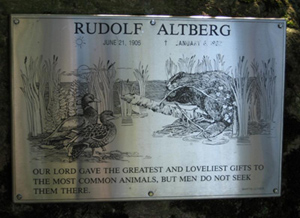