A species of frog has been found alive in the New South Wales Southern Tablelands, more than 30 years after it was thought to have become extinct. New South Wales Environment Minister Frank Sartor announced this morning the discovery of a population of yellow-spotted bell frogs.

The frogs were found in a remote creek on private property in the Southern Tablelands region.

But it was not until a field visit last month that the pair was able to return to identify the creature as the missing yellow-spotted bell frog.

Dr Hunter, who spends up to six months of the year monitoring remote frog populations, told The 7.30 Report’s Rebecca Baillie the initial capture was a once-in-a-lifetime event.

“Luke and I went out to the site, did a frog survey, found one of the bell frogs – and it just so happened to be this yellow-spotted bell frog,” Dr Hunter said.

“This was definitely the most exciting moment of my career and I will be surprised if I repeat it.”

He says the find highlights the important role that private landowners can play in habitat conservation.

“The property owner at this particular site is extremely excited about having this critically endangered frog species on his land, and is very much looking forward to working with us in collaboration towards the conservation of the bell frog,” Dr Hunter said.

However he warns the survival of the yellow-spotted bell frog rests on its fragile creek habitat remaining hidden.

“We really don’t want anyone going to the site, trying to capture the bell frog or photograph it, because that could introduce an unknown pathogen into the population and cause a problem,” Dr Hunter said.

A tiny tadpole and frog collection has now been established at Taronga Zoo and there are plans to breed a safety population for re-introduction to the wild. 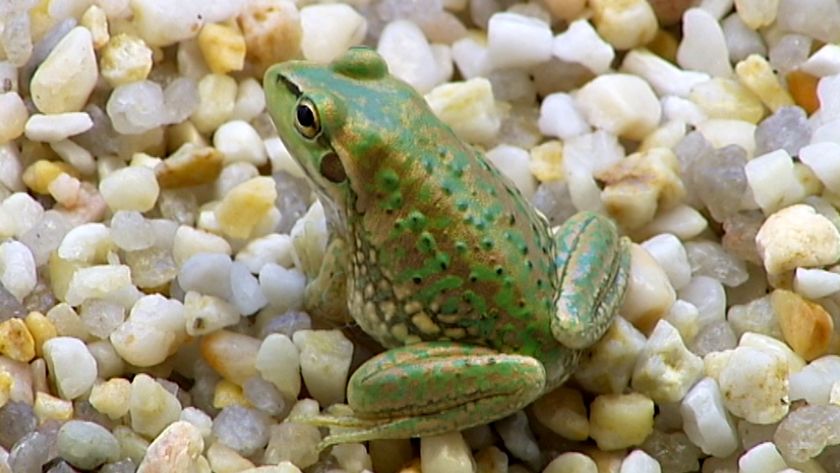 The Deafening Silence of the Songbirds